A Grocery Store in Every Neighborhood

The term food desert is often applied to urban neighborhoods that do not have grocery stores and offer limited alternative options for healthy food purchases. The USDA defines food deserts as census tracts with a substantial share of residents who live in low-income areas that have limited access to a grocery store or other healthy, affordable food retail outlets.1  As the definition implies, at a minimum food access requires both food availability and food affordability.

There are only two census tracts within Boston city limits that officially qualify as food deserts—one in West Roxbury and one in East Boston.2  Grocery stores abound throughout the city, in part because of former Mayor Thomas Menino’s commitment to putting a grocery store in every neighborhood. In the early 1990s, four large supermarkets left Dorchester, Mattapan, and the South End neighborhoods.3  In response, residents and City officials worked to establish more grocery options over the 1990s and 2000s. The City now boasts 40 full-service grocery stores, with at least four more on the way.

For our comparison of food prices, we looked at six food items—a gallon of whole milk, a can of condensed chicken noodle soup, a 20 oz. loaf of white bread, a head of iceberg lettuce, fresh chicken breast, and powdered infant formula—from a grocery store and corner store in Back Bay and Roxbury. The grocery stores we surveyed were Tropical Foods (Roxbury) and Star Market (Back Bay), and the corner stores were Bohio Grocery and Snacks (Roxbury) and Tedeschi Food Shops (Back Bay). Prices were recorded on February 18th and 19th, 2015. For food item comparisons, we identified the same brand and package size. The same brand of white bread and iceberg lettuce was not available across all stores, so a comparable substitute was used. For instances where food items were not the same size, we used unit prices.

Our study of food prices was admittedly superficial, but it surfaces some issues worthy of additional study. We found that overall there were no significant differences in prices for the basket of goods and no clear trend in terms of prices being higher in one location over another. However, the difference in household incomes in Roxbury and Back Bay creates access disparities. Clearly, food that is the same price in Roxbury as in Back Bay will be less affordable for most residents in Roxbury.

Food availability in Roxbury is improving. Tropical Foods, a family-owned, four-decade old neighborhood mainstay, opened a new store around the corner from its old location in February. Tropical Foods has long been known for providing hard-to-find staples and specialties of immigrant cuisines at affordable prices, and looks to continue that tradition at its new store. The new Tropical Foods triples the size of the old store to 44,000 square feet and offers twice the number of food items. The expansion of Tropical Foods greatly increases the amount and variety of food available to residents in Roxbury.

To fully analyze food access, other dimensions beyond availability and affordability should be considered: the nutrition and cultural appropriateness of available food and the time to shop and prepare food. Inner city residents may not have access along one or more of these dimensions, leaving them without healthy, fresh, or appropriate food. While living within a mile of a grocery store is clearly not the only determinant of food access, Boston has done an admirable job of adding more grocery stores throughout the city over the past several years, and is now working on other initiatives to address affordability and availability. These include the Boston Bounty Bucks program doubling farmer market customers’ SNAP purchases, healthy corner store programs, and expanding urban agriculture opportunities. These public-sector initiatives, coupled with private-sector investments such as Tropical Foods, will help end food deserts in all neighborhoods. 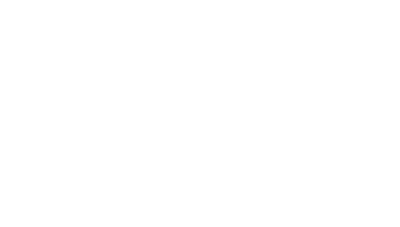